Backsbottom Farm before 1967 flood showing big doors into hay barn.  Behind this was the shippon, where the cows were milked.
The photos below show the farm damage from the Wray Flood in August 1967 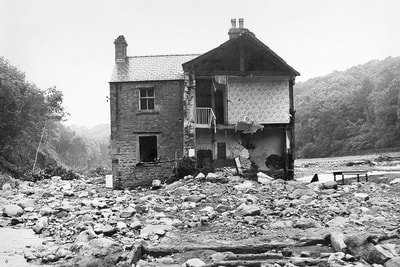 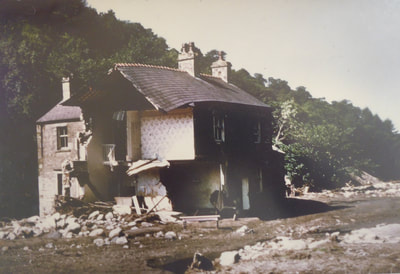 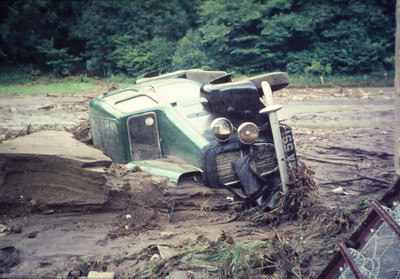 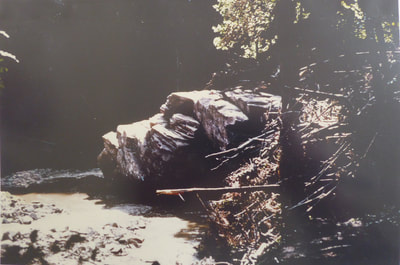 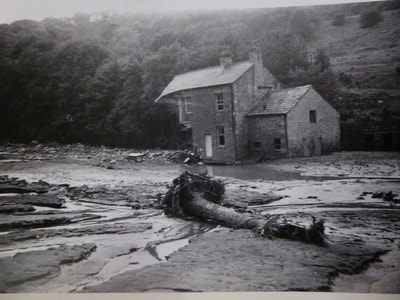 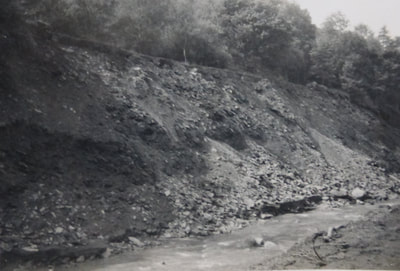 On August 8 1967, farmer Bill Brown was giving his ewes and lambs their annual summer dipping at Backsbottom Farm, near Wray. The following story is his and wife Alice’s account of the moment disaster struck as flood water rushed through the small community.

It had been the summer sheep-dipping day, where we bring in all the sheep, separate the lambs from their mothers and wean the lambs. We had already finished dipping and separating the sheep. The ewes were in the top pen and the lambs in the bottom pen.

We decided that we would have a drink of tea before taking the ewes on to the fell. It was about 4.45pm when we went in for a drink of tea.

The weather looked black but we weren’t in any way worried about it. Our youngest son, Richard, came home at 5pm.

We all had our tea and Richard went at about 5.20pm. By this time it was raining very heavily but not enough to bring up the river.

Looking out of the window I saw the river just boil over the garden wall, like boiling up in a pan. That is as near as I can describe it. It was coming up on to the garden over the flowers. I said to my wife: “Oh Alice. Your begonias. I’m so sorry.” Then we suddenly

remembered that we hadn’t let the sheep out. A neighbour of mine, Len Richardson, who was helping us that day, went around one way and I went the other. Len went into the top pen. He opened the gate for the ewes and was trying to get the lambs through. But the water kept washing them back. The water was pouring right through the sheep pen walls and it was washing the lambs back as fast as I could push them through.

All at once Len shouted to me. He had seen a great wall of water coming. He just said: “Bill get out”. I couldn’t open the pen gate through the pressure of the water. I climbed over the wall. Then, when I was about three yards around the corner of the house, the sheep pen walls collapsed, washing all the lambs out behind me. I went into the house to see where Alice was. I shouted to her and she told me that she was upstairs. By this time the water was following me into the house and up three or four steps before I got to Alice.

By this time we could not get out. It would have been foolish to try. The water was all around the house and great big trees were coming down. The noise was terrific. The smell of the flood was heavily peaty. That’s as near as I can describe it. Alice continues: We were in the end bedroom together. The water was coming down on each side of us. It was very rough and was bringing all sorts of rubbish and trees down.